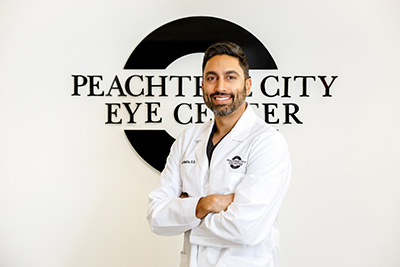 Dr. Bhakta completed a Residency in Ocular Disease and Refractive surgery with Woolfson Eye Institute in Atlanta, Georgia, where he learned to diagnose and treat rare forms of eye disease in one of the premier ophthalmology clinics in the southeast.

In his free time, Dr. Bhakta enjoys rooting for the DAWGS each fall during college football season, playing golf, and enjoying different types of food. He currently resides in Smryna, with his wife Divya and daughters Nyla and Liya. 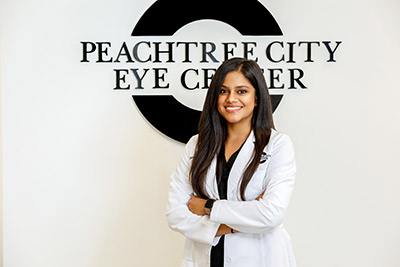 Dr. Patel attended the University of South Florida for her Bachelor of Science degree in Biomedical Sciences and then went on to receive her Doctorate of Optometry degree at Nova Southeastern University in Fort Lauderdale, FL. Upon completion of her professional degree, Dr. Patel completed a residency in ocular disease with Georgia Eye Partners. She is also a member of the American Optometric Association and the Georgia Optometric Association. 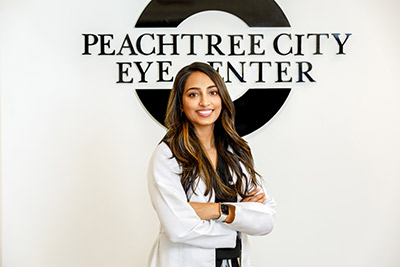 Dr. Divya Bhakta received her Bachelor of Science degree in Biology at The University of Georgia. She earned her Doctorate of Optometry from The University of Alabama at Birmingham School of Optometry, where she was a member of Beta Sigma Kappa International Optometric Honor Society.  Dr. Bhakta has received excellent training from her mentors and has specialized training in contact lenses, low vision rehabilitation, pediatrics, refractive and cataract surgery co-management, and ocular disease. She has also participated in various community service activities and has provided free vision care for low-income patients. She is currently an active member of the American Optometric Association as well as the Georgia Optometric Association. In her spare time, Dr. Bhakta enjoys traveling, photography, cooking, and spending time with her husband and two daughters. She looks forward to providing you and your family with comprehensive vision care.